Its been a while since a post, university interviews and the like getting in the way of hobby a bit. The other thing being a big commission I've been working on! I know some painters don't see 20 models as a lot, but I've been wanting to blend every cape, and edge highlight every armour panel, so it really has been taking a while!

I did paint the gun arms, bodies and heads separately, so here's an image of what they're looking like so far with the main parts, head, robes and armour, done: 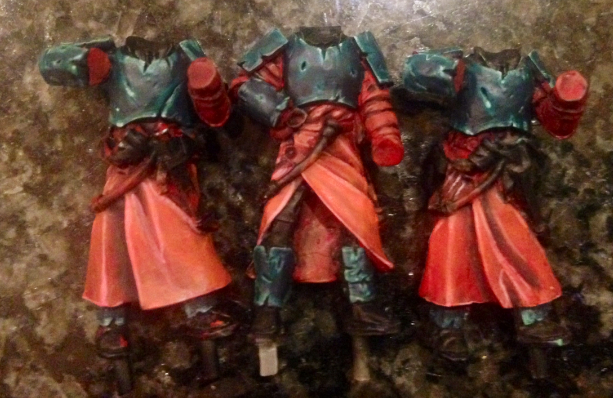 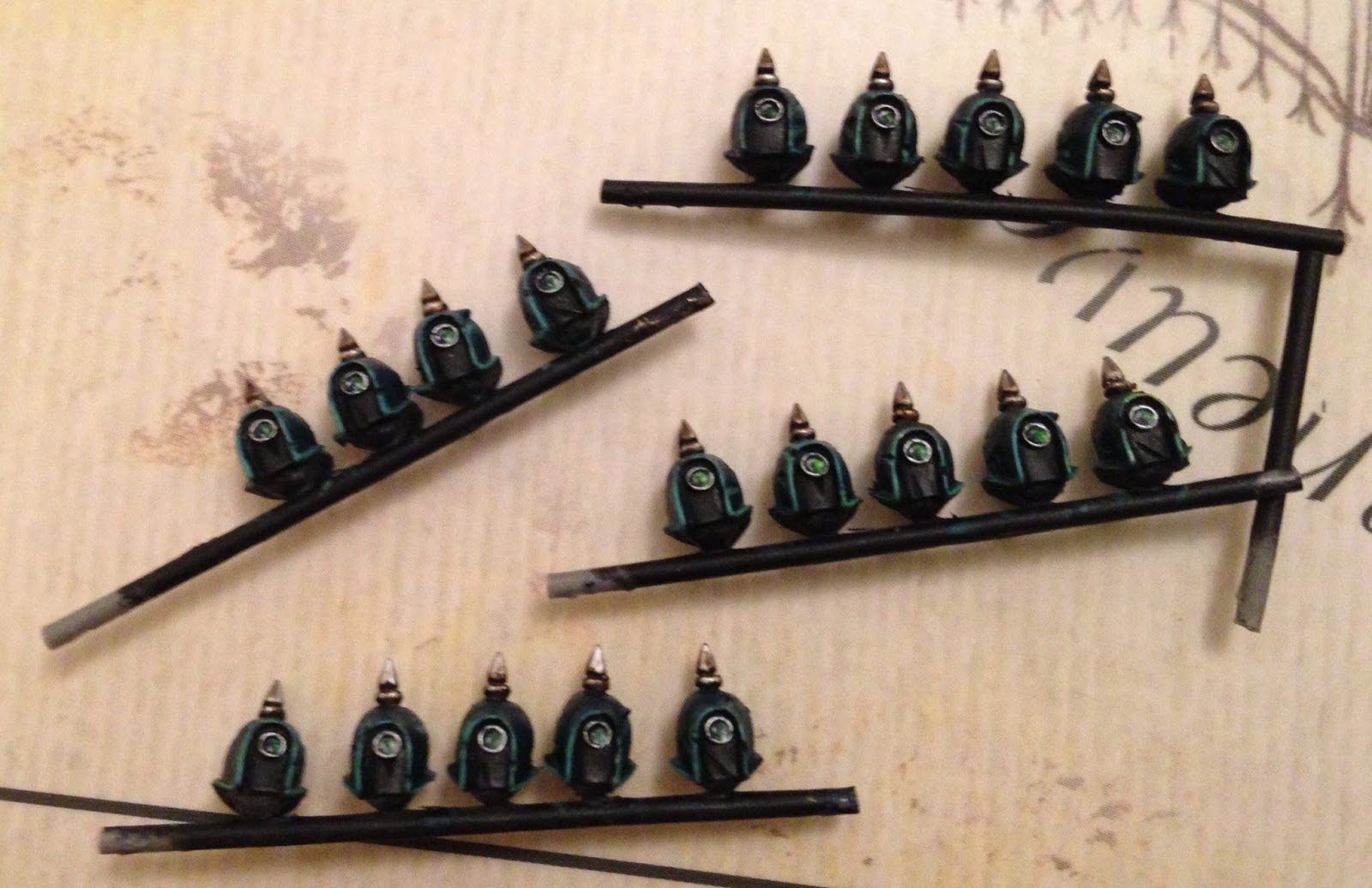 I was asked a while ago to do a tutorial on how i do my green armour I've used in this project, as well as on my dark eldar.  Here's an image of the torsos in rows of stages of completion, and a video on how I achieved the result. (Due to an awkward angle to allow the camera to see, the edge highlighting did need a bit more tidying up afterward than in the examples at the end)